The Faculty of Health Sciences participates in diverse European projects:

Objective of project: - preparing students to entering the labour market by extending competencies expected by the employers, such as  professional, communication, language, IT, analytical skills and those related to entrepreneurship in a group of students of the last year of medical faculty (6th year) and nursing (third year of firs-cycle studies).

Under the project  the Medical University in Warsaw will be furnished with 100 desktop computers and 100 laptops, and in additional a special electronic examination system would be developed for needs of students of medical fields, as well as a base of multimedia test questions. The project will be completed on 30 April 2019.

Objective of project: launching discussion concerning the impact of nursing staff per nursing practice insufficient in the majority of countries worldwide: quality of care and patient’s safety, as well as consequences of the lack of sufficient nursing care for the vocational advancement of nurses. 84 representatives (Management Committee Members) from 27 countries of the world are participating in the project.

Objective of project: developing new educating methods for students of nursing and midwifery. This is connected with enhancing the education quality by deploying innovative educational methods based on the mentoring principles in nursing and in midwifery. The superior objective of the project is also forging permanent cooperation between European research units and taking up joint measures oriented at development and popularisation of science. Under the project on 12 January 2018 a conference took place concerning modern teaching in midwifery based on the mentoring method supported by international project IDEUs-EU (http://www.ideus.ips.pt/). 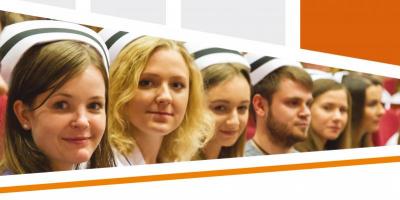